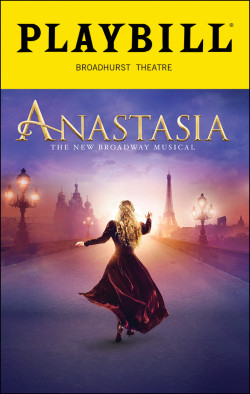 “Dancing bears, painted wings. Things I almost remember. And a song, someone sings. Once upon a December…”

I thought I’d share with you my latest obsession: themed trippin! If you know me, you know I love a good theme. Especially if it involves a movie. My second favorite thing next to traveling!

It turns out having a December, Russian-themed Anastasia day in New York City is fairly easy. I think a good start to a themed trip is to watch a similar movie before you go! The musical was based off Disney’s version of the rumored story of Anastasia Romanov, so it was perfect!

A little background on this story:

Grand Duchess Anastasia Nikolaevna Romanov of Russia was the youngest daughter of Tsar Nicholas II, the last sovereign of Imperial Russia. Nicholas II caused some turmoil with the people during WWI, and was convinced to abdicate the throne in hopes of avoiding a civil war. So, Anastasia and her family were exiled for a short while when civil war did eventually break out. The Bolsheviks, led by Vladimir Lenin, fought to replace imperial rule with a new Communist regime, and The Romanov family was brutally executed.

However, rumors were circulating that Anastasia might have escaped! The location of her burial was unknown during the decades of Communist rule, which fueled the rumor fire and launched a series of imposter claims to the throne. Spoiler – they did eventually identify Anastasia’s remains and the mystery was solved.

The Disney movie plays out the “what if” scenario of Anastasia surviving, but with amnesia. So Hollywood! Awesome.

Anyway, back to the Anastasia day!

Start with a tiara. You don’t have to ask me twice!

Visit an old, elaborate library featuring lots of historical books from the era. In New York City, the perfect library is The Morgan Library and Museum. And it’s free on Friday nights!

Do a little Christmas shopping and buy some Russian knick-knacks, like the Matryoshka Nesting Dolls! Very popular at Christmas time. 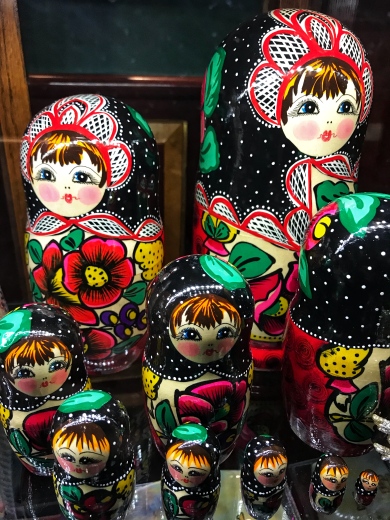 Have high tea at the Russian Tea Room! A little pricey, but the ambiance! 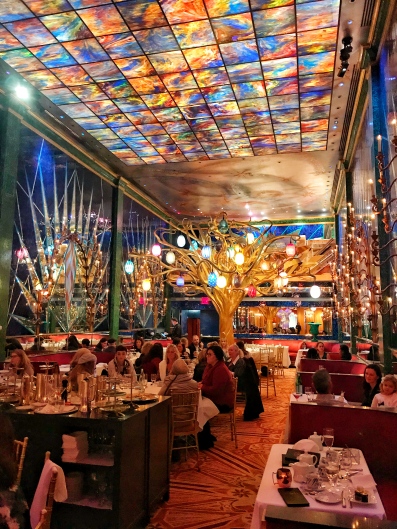 They even had a dancing bear, just like in the lyrics to the theme song!

Order a themed cocktail, like a White Russian! Ideally not at Russian Tea Room unless you want to pay $20 (ouch).

And finally…. enjoy the Broadway show!

It took me 6 passport books to handle all the stamps I’ve collected at the 419 National Park sites I’ve visited. Needless to say, these are my prized possessions! Would you like to hear my story on why I decided to visit all 419 National Park units throughout this great county? Click on the link in my bio! I hope it inspires you today. .
Still basking in the glory of finishing all 419 National Parks. A dream 4 years in the making. Not how I planned to finish, but look at the timing! How exactly did I leave the closest ones to the very last? And what would have happened if I did not? I tell ya, I would not have wanted to wait months to be able to finish this dream after coronavirus eventually passes. We are not promised tomorrow. In addition to this strange time, the cancer decided to ramp up, making it impossible to travel for the foreseeable future due to treatment schedule and I’m having trouble walking with bouts of intense pain. Dear Lord, THANK YOU for pushing me when you did, lining up opportunities at just the right time and speaking to my intuition. Do you ever look back at your life and say.... I know that was you God! We are sailing into uncharted territory. I believe in the power of prayer. I will pray for you! Will you please keep me in your prayers? And when all this is all over, I hope to celebrate properly. Will you celebrate with me? I pray we’ll all have something to celebrate in a few months time! Until then, everyone please be safe and think of others.
Guess what? I did it! I made it to all 419 National Park units in the United States!! What an amazing journey. I am so blessed and so grateful for this journey. It was more than a travel goal. It was a chance to beat cancer. A chance to not let devastating circumstances rob me of the best years of my life. To rob me of a future and the ability to get up everyday to enjoy life and experience new moments of wonder. A chance to push myself, accomplish something unfathomable, and to learn about myself. It has been a medicine that has gotten me through crushing depression and fear and has brought me joy! It has also been an opportunity to learn about our beautiful country and the many lives and cultures that have formed this great nation. To see how we have overcome great obstacles and dark moments, emerging as a strong nation with hope and evidence that we will continue to overcome any difficulties that we may face. I have been so blessed by this journey. I challenge all of you to find something you are passionate about and pursue it to the ends of the earth! In my case, it was to every nook and cranny of the good ol’ United States of America 🤣
Side trip to take the glacier train to Matterhorn! Epic train ride!!! .
Florence views for the win!
The art in Florence is almost overwhelming. So much to see!